Pay $2.49 or more to get this bundle full of Steam games before price increases and SAVE 93% OFF. Your chance to grab a nice collection of indie games. Each game is redeemable on Steam!

Animals Memory: Cats is a card game with pictures of different cats that will test your memory.

Control the traffic flow by deciding when the cars can pass and avoid crashes! Click on the traffic lights to change their colors and make sure the drivers don't get mad. You are the king of the highway, but you must act fast be keen to detail if you want to succeed.

Memory Animals: Dogs is a card game with pictures of different dogs that will test your memory. The aim of the game is to find pairs of cards. This part of the game is aimed at fans of dogs.

“Thing-in-Itself” is an interactive short story about the struggles of understanding another human being. Using Immanuel Kant’s concept as a framework, it leads the player through stages of a relationship, exploring how perceptions may clash and surroundings can alter.

Who Is This Man

Who is This Man is an spy game with privacy and hiding. Secretly infiltrate his target's house and miss his stuff. Report them later.

This game is 2D open world RPG. You will advance games by clearing quests that occur in towns and others. Battle is a turn-based battle of symbol encounter.

This game is an action & strategy. While attacking you can summon monsters at the same time and fight. 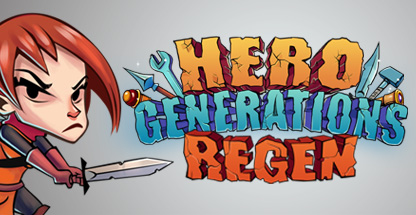 An innovative Roguelike / 4X Strategy game where every turn is one year of your life. Explore, find a mate, and raise a child before you die to build a great legacy. ReGen is an amazing complete remake, redesigned, re-imagined, and packed with 100s of new features.